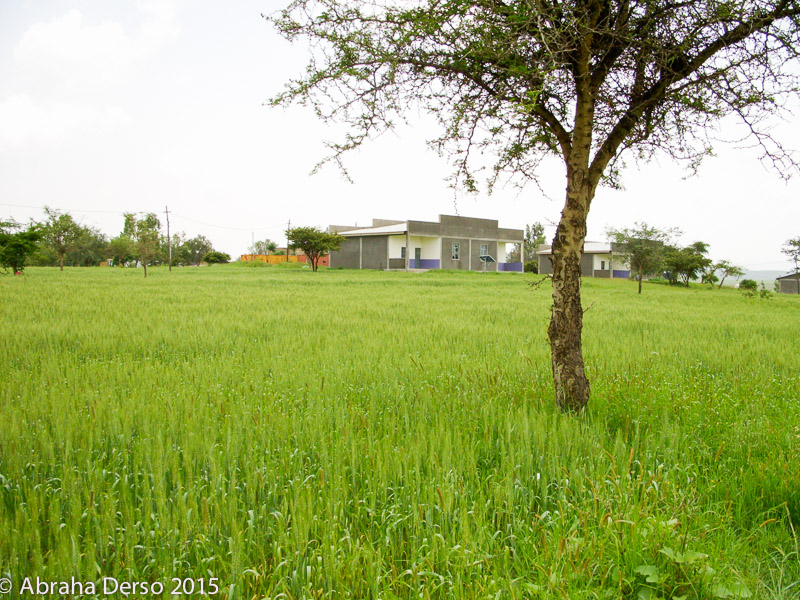 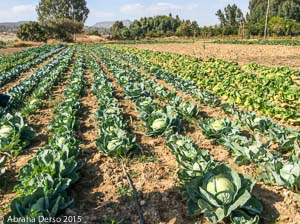 Rows of cabbages and lettuce

Hildana under solar panels made and installed by students and their teachers from Oakham School, UK

Elshadai Wukro Children's Village (often shortened to the Children's Village or just “the Village”) was founded in 1989 at the height of the Ethiopian civil war that lasted from 1974 to 1991. The mission of the Village was to rescue children left orphaned, destitute and unaccompanied as a consequence of the war. Since then, it has continued to care for children orphaned by poverty, sickness, diseases such HIV/AIDS and general destitution. The regional administration did not have the financial resources to support the orphaned and destitute children but it provided them with a 17 hectars of land some 2km outside the town of Wukro. The “Village's” core philosophy has always been to be self-sufficient, as far as possible, by maximising the use its valuable land. The land could be made more productive if funds were available to develop modern methods of agricultural production. 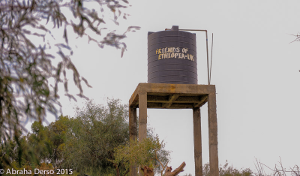 Water tank from Friends of Ethiopian Children in Need (FECIN),
a long time supporter of the Children's Village

Currently, the Village looks after 160 children that are fully cared and provided for by the centre. Thanks to longtime supporters, over the years, hundreds of children have been cared for by the Village and subsequently completed their university and college studies or technical/vocational training, and have become productive citizens. Many are serving in their various professional and vocational capacities as medical doctors, nurses, pharmacists, teachers, community development workers, civil servants, accountants, engineers, information technology (IT) experts, technicians, etc. Some of the graduates serve in the 'Village's' kindergarten, school, nurturing, social work, administration and finance. There are others who serve as volunteers. Many keep in touch with the Children’s Village to follow-up on the health and wellbeing of the children by visiting the Village in person or by phone – they see them as members of their family. 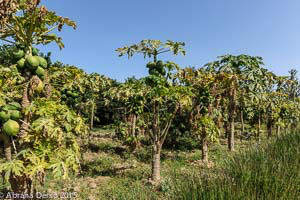 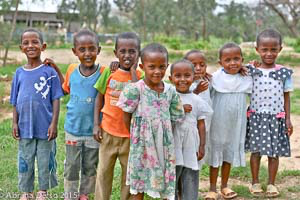 Children curious about their visitors 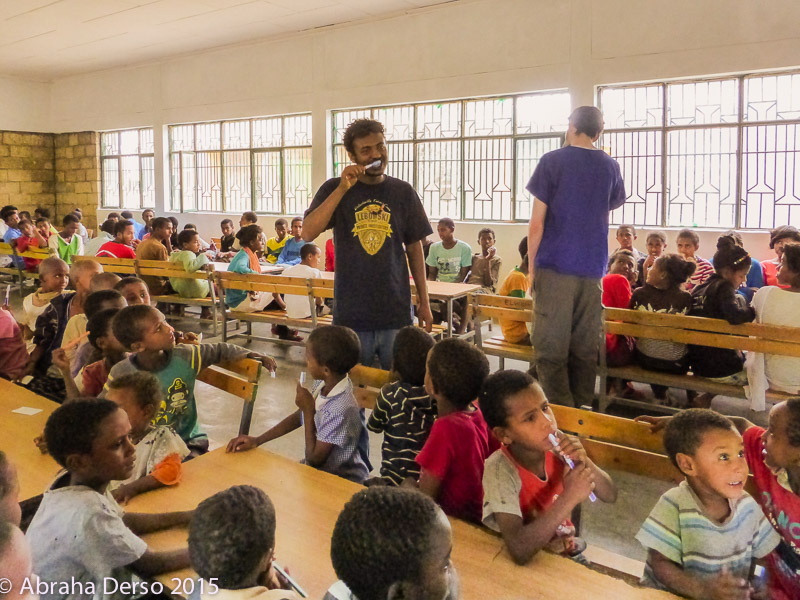 Elshadai children learning how to brush their teeth