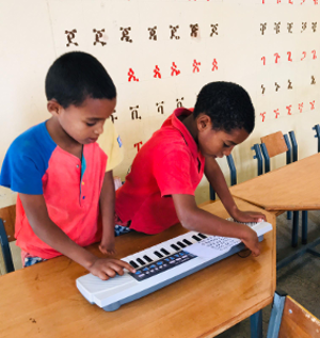 The whole area looked lush and green as the rainy season has been good. As it was the ‘summer’ holiday time, those children who could be sent to their families/relatives had done so, so there weren’t many children at the centre. Those who had to stay were kept busy with various activities such as exploring the joys of musical instruments. The management was also planning day trips for them. 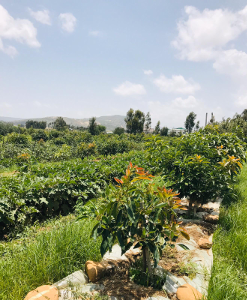 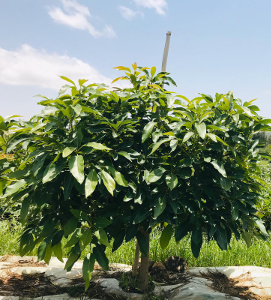 Avocado tree pruned back at the top to
encourage sideways growth

The avocado trees have grown a lot in the past two years and have been pruned back once already to control their height and encourage lateral growth which will make it easier for harvesting the fruit. The trees are expected to started yielding fruit in their third year (2020) but the experts from CultivAid have recommended removing the first-year fruits (as they appear) and let the trees grow an additional year without fruit in order to build stronger trees. CultivAid also commented: “From an agronomical and economic perspective, we expect to get fruits on the 4th year” (i.e., 2021). EOS-UK Charity Fund has been funding the cost of caring for the avocado trees during their growing phase, a project cost of ETB 360,000 (approximately USD 16,000 or GBP 11,690 at March 2018 exchange rate). The third tranche will be sent early in 2020.

EWCV have also started a small apple orchard with help from CultivAid. 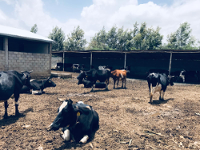 Dairy cows in the sun in their pen

The number of dairy cows kept by EWCV has been increased gradually from 40 to 70. Animal welfare has also been enhanced, once again with advice from CultivAid, and the herd now roam in a wide compound, feeding and drinking on demand, and lying down in the muddy field when they want to which is apparently more natural for them than a ‘clean’ concrete floor. 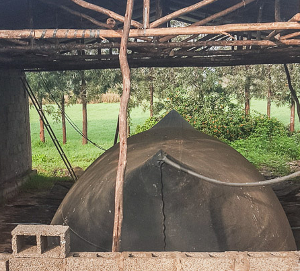 Working flexigester biodigester in its shed at EWCV
in August 2017 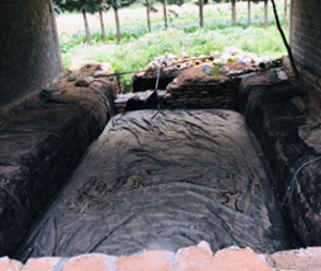 Unfortunately, the bio-digester (flexigester), has apparently been out of action since at least January 2019. According to Alem, the flexigester developed a linear tear on one side. They patched that up but soon another tear appeared but this time it was apparently a zigzagging one. That took a lot of hard work and expense to repair but Alem said that another zigzagging tear appeared soon afterwards. Understandably, they gave up gave up trying to mend it after that. Since the problem came to light, Sustainable OneWorld Technologies C.I.C (sowTec.com) in Cambridge, who designed and sold the flexigester, have been notified and a full response is still awaited. It is very disappointing to everybody as FECIN (Friends of Ethiopian Children in Need) had spent a considerable sum of money to purchase this bio-digester and get it to Ethiopia, and Alem and his team at EWCV had put a lot of effort and expense to get it though the Ethiopian customs system and finally install it successfully at EWCV. The flexigester had been functioning for some eighteen months producing methane gas for cooking and useful liquid fertiliser for their vegetable plants before it developed the tear.