EOS-UK Charity Fund now a CIO: EOS-UK Charity Fund changed its structure in January from governance under the Small Charity Constitution to a Foundation Charitable Incorporated Organisation (CIO) governed under the foundation ‘model’ constitution. The foundation model will make for a more efficient way of running the Charity’s business, but it also means that according to the constitution the only voting members are the Charity Trustees. However, the trustees recognise the importance of involving its supporters and has passed a bye-law, by-law 6/3/2017, on how this might be achieved. 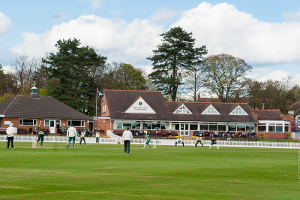 EOS-UK Charity Fund’s trustees held their first AGM on 18 March 2017 at their usual venue, the Members Room at Wolverhampton Cricket Club (WCC). One of the trustees is a social member of WCC and the trustees are very grateful to the management of the Club for affording the use of such a comfortable venue for its meetings. 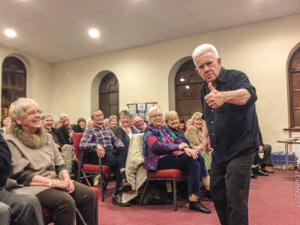 Chris Cook, one of our founding charity trustees, donated in January a personal gift of £5000.00 to EWCV through the Charity. That will become £6125.00 when the Charity claims gift-aid tax at the end of its financial year in December.

Chris also held at the beginning of February a very successful fund-raising event with a guest speaker (Ian McMillan, a Yorkshire poet and raconteur) at Tickhill Methodist Church, Doncaster. This was followed by a buffet supper. The event raised £1855.89. This was transferred to EWCV in February together with Chris’s gift of £5000.00. The trustees acknowledged all the hard work done, and generosity shown, by Chris particularly as she also paid the speaker’s fees and the cost of the buffet out of her pocket. When Chris visited EWCV in February the management informed her that they would put the £5000.00 towards their agricultural development to take forward some of the ideas from the visiting Engineers Without Borders.

EWCV’s agricultural development is indeed a key area EOS-UK Charity Fund aims to play a part in, together with other partners, in EWCV’s endeavour to become as self-sustaining as possible in the next 5-10 years.